"Standing before the Brandenburg Gate, every man is a German separated from his fellow men.Every man is a Berliner, forced to look upon a scar"

Falling Of The Berlin Wall 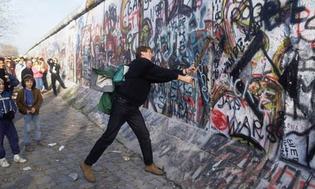 •Erich Honecker, East German leader ran one of the most repressive Soviet Satellite gov’t
•In fall of 1989 thousands of demonstrators demanded greater freedoms
•Honecker wanted to shoot them, was overruled and replaced by Eron Krenz
•On Nov. 9, 1989 the Berlin Wall was opened and free elections were held 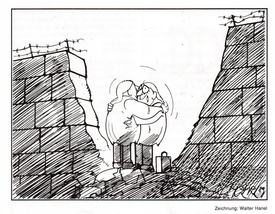 •The West German Christian Democratic Party, led by Helmut Kohl won on a reunification platform
•30 October, 1990 the two Germany’s became one with Kohl as the Chancellor 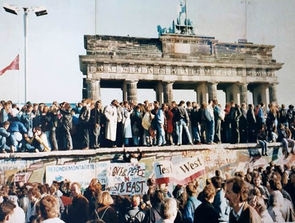 •Poland had a history of liberation movements
•Lech Walesa had formed the solidarity movement of trade unions in 1980
•1981 the gov’t cracked down with martial law under General Jaruzelski
•1989 elections were held in Poland the solidarity movement won 92% of the vote and 160/161 seats
•The solidarity leader, Tadeusz Mazowiecki became Prime Minister although Jaruzelski remained President
•Dec. 1990 Lech Walesa became President of Poland
•Hungary had been ruled by Janos Kadar since the 1956 Hungarian uprising
•After watching events in Poland they allowed free elections in March 1990
•The Democratic Forum won with Jozsef Natal as the Prime Minister 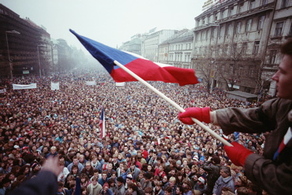 •Czechoslovakia protested during the “velvet revolution” Nov. 1989
•After a nationwide strike the Communist party resigned in favour of Vaclev Havel
•In 1992 the Czechs and Slovaks decided to separate into two independent countries
•Romania had been ruled by Nicolae Ceausescu since 1965
•He ordered protesters shot in Dec. 1989, after two days the army refused orders and executed Ceausescu and his wife
•Bulgaria had its first free elections in June, 1990
•Albania became democratic in 1992
•Yugoslavia disintegrated into civil war in 1991

In the late 1980's thing changed drastically in Germany. In 1989, the wall was finally opened and free elections were held. in 1990 Helmut Kohl and his party one on a reunification platform, and as a result, the two Germany's were reunited.