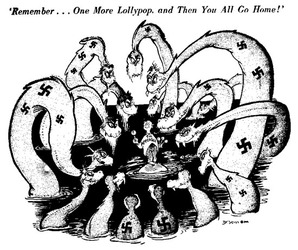 -British do nothing and warn Schuschnigg not to cause trouble
-The French wont do anything without the British
-Italy was the only objection but Mussolini gave his approval
-Hitler to Mussolini "Never never, will i forget this, no matter what happens"

Neville Chamberlain and the Munich Agreement 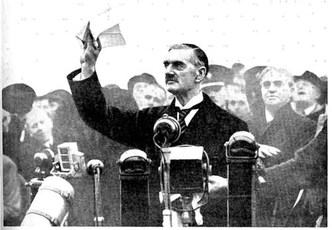 As Hitler began to take further advantage of the League's turned backs, he was able to expand his empire largely without firing a single shot.