Mussolini and The Rise of Fascism

"Fascism is a religion. The twentieth century will be Known in history as the century of Fascism."
-Benito Mussolini 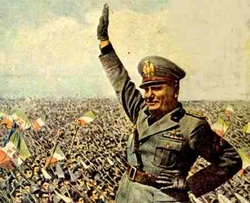 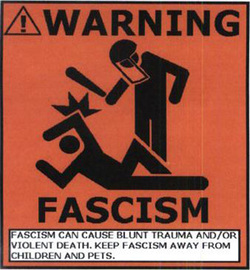 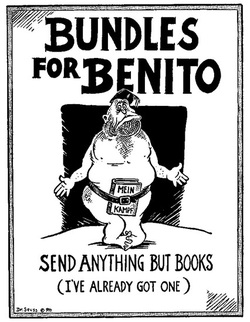 -Acerbo Law- forced through parliament guaranteed that the party with the most votes would get 2/3 of the seats in the Chamber of Deputies
-Socialist leader, Giacomo Matteotti murdered for speaking out against fascists
-By 1926 all anti-fascist parties had been eliminated
-Freedom of press, assembly and speech were eliminated 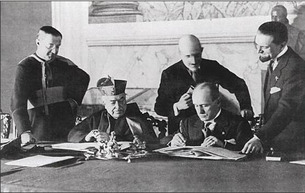 -The catholic Church was the most powerful remaining body in Italy
-Fearing Mussolini's wrath Pope Pius XI sgned a deal
-Gave the church:
*Control over religious education in schools
*Recognition as the state religion
*The right for the pope to rule his own state known as the Vaican
*Mussolini got recognition by the Church as the legitimate leader

As Mussolini rose into power, he used the help of his blackshirts as well as creating the lateran accords to secure his position.