The Dawes Plan/ The Young Plan 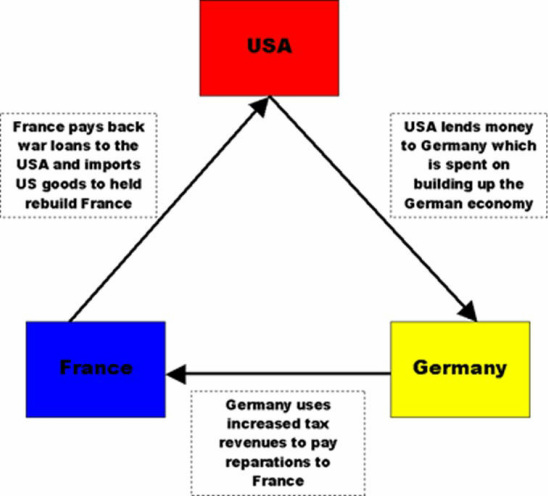 Young Plan
-Owen D. Young
-Recommendation that German Reparations should be reduced by 3/4
-Annual payments to be made on a scaled model
-Germans hate it (Hitler) - stop paying

Summary
The dawes and Young plan were each significant towards building up the US and surrounding economy's. As a result rises were seen in the German and French economy's.