"Socialism in one country" - Lenins death and the power struggle

-Lenin was shot in 1921 - Never fully recovered
-Dies in Jan. 1924
-Power struggle between Stalin and Trotsky
-"Guns or Butter" debate = Heavy Industry or Consumer goods
-Struggle continues for 3 years
-Stalin is successful --> General secretary
-Stalin expels Trotsky from Soviet Union - Uses his powers of propaganda
-Later (Trotsky) to be put on trial for treason (stalin accused him)
-Hunted down and assassinated in Mexico City in 1940 (ice pick in ear)
-Stalin to follow "Socialism in One Country" slogan

View Guns versus butter model and over 3,000,000 other topics on Qwiki. 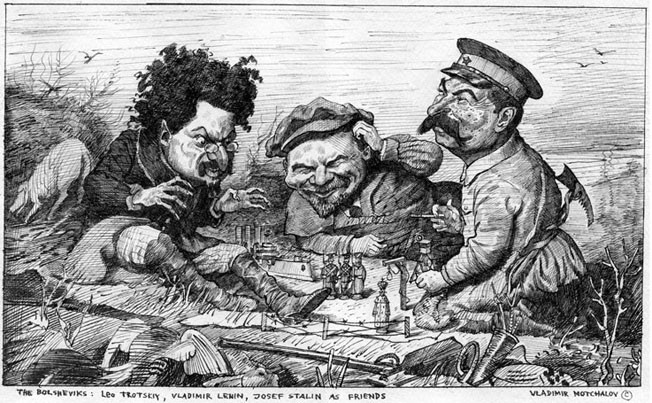 Summary: When Lenin died in 1921, a struggle for power between Stalin and Trotsky followed which would eventually lead to stalin expelling Trotsky from Russia to later be murdered in Mexico City.