“Those who want to live, let them fight, and those who do not want to fight in this world of eternal struggle do not deserve to live.”
-Adolf Hitler

Hitler and The Rise to Nazism 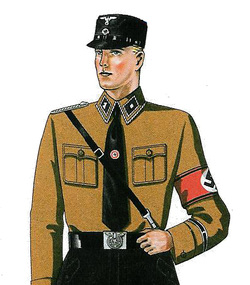 Burning on The Reichstag 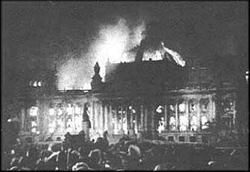 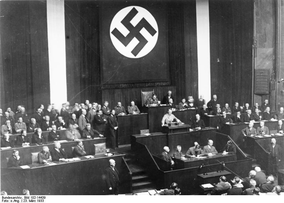 -Agreed to by the Reichstag in 1933 under threats from the brownshirts
-allowed Hitler to pass laws without consulting the Reichstag
-By July 1933 all other political parties were outlawed
-Hitler didn't force his way into power, he was elected!!

The night of the long knives 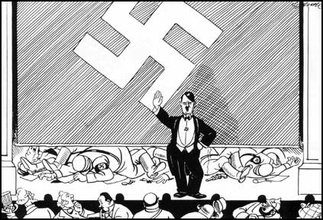 -june 30, 1934
he killed:
*killed all internal challengers
*Ernst Rohm - leader of S.A
*He declares that it was the Shutztaffel (S.S) that had committed the murder proudly and congratulated by Hindenburg
-A month later Hindenburg dies and an election was held which voted Hitler in as president
With the right scenario of a recession in Germany, Hitler was able to rise to power. He also used several other factors like, burning of the Reichstag, the Enabling Act, and the night of the long knives.