"Those who want to live, let them fight, and those who do not want to fight in this world of eternal struggle do not deserve to live."
-Adolf Hitler

The beginnings of Hitler 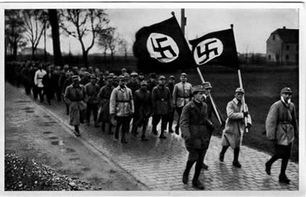 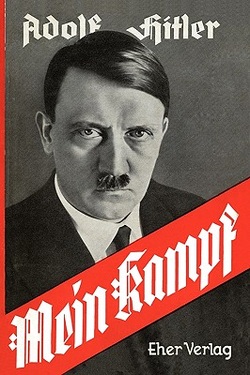 -While in prison Hitler wrote "Mein Kampf" (my struggle) with help from Rudolf Hess
-He outlines the future of nazism in this book including:
*Lebensraum
*Anti-semitism
*anti-communism
-Need to re-arm and get rid of versailles
-To rise to the Aryan Race 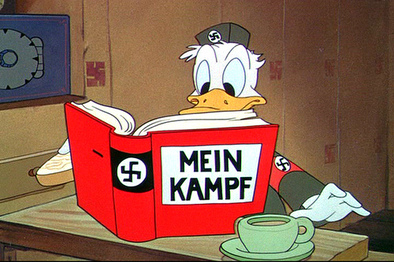 In 1923, Hitler led the Munich Beer Hall putsch to try and spark a change in government. As a result, he was imprisoned in Landsberg prison and from that he wrote his book "Mein Kampf".