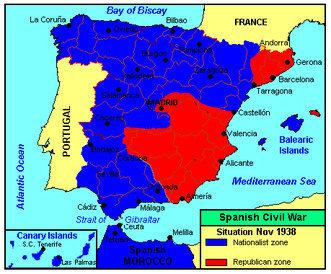 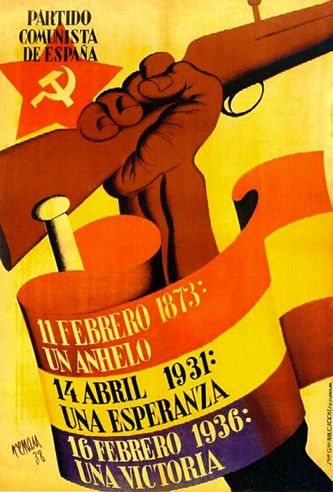 As a republic was formed from the abdication of the king, Spain broke apart into two separate states that fought for the right the rule. Germany and Italy supported the right wing state, while Russia, The Uk, France and USA supported the left wing state.