View Collectivization in the Soviet Union and over 3,000,000 other topics on Qwiki.

-All peasants were to work on collective farms
-Called Kolkhoz (All farming land was put together)
-Party officials monitored their output
-By 1932, 62% of all peasants collectivized
-Kulaks were wealthier peasants who owned their own farms
-They revolted by burning their own crops (nobody could use them now)
-When they revolted, they were killed or sent to Gulags in siberia
-Seen as a threat to collectivization due to their enterprise ideas 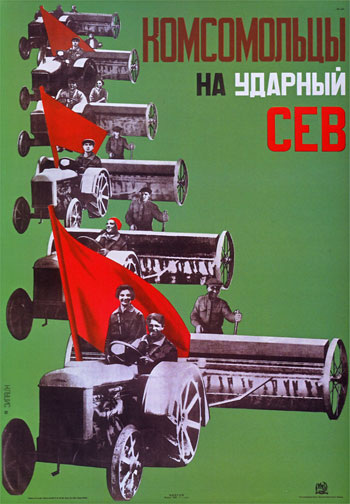 Summary: As a result of collectivization, all peasants were to work one collectivized farms called Kolkhoz. Although the idea may have worked for the Russian economy, it was seen as unpopular and many of the peasants revolted.