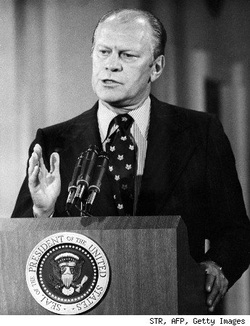 "There is no Soviet domination of Eastern Europe and there never will be under a Ford administration.... The United States does not concede that those countries are under the domination of the Soviet Union." 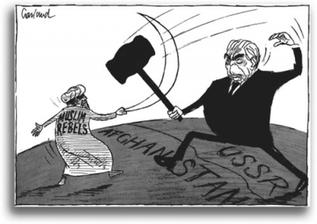 •Soviets wanted to influence region and fit their southern expansion policy
•Sept. 1979, Soviets invaded and installed Babrak Karmal as a puppet President
•The West, China and India were alarmed and many boycotted the 1980 Moscow Olympics because of it
•The invasion and Reagan being elected are seen as the ends of détente 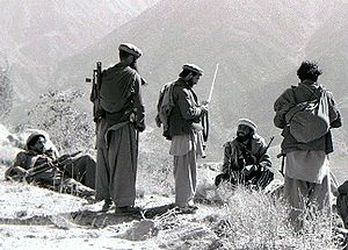 •Soviets opposed by rebels called the Mujaheddin
•By 1985 Soviets had 100,000 troops here
•1987 Karmal replaced by Mohammed Najibullah who was even more of a puppet
•Soviets accused of practicing inhumane types of warfare (ie. Chemical)
•Soviets eventually withdrew
•Many parallels to the U.S. in Vietnam

In 1979, the Soviets invaded afghanistan and installed Babrak Karmal as president. As a result, many nations including India and China boycotted the Moscow Olympics. The Soviets eventually withdrew due to their opposing by the Afghan rebels.