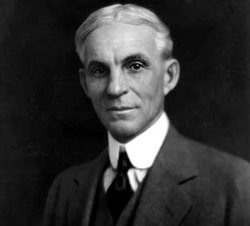 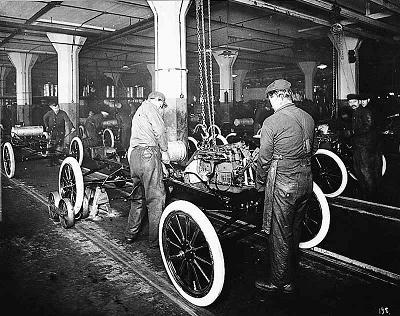 -Begins selling in 1915 for $440
-By 1925 a record 9109 cars are made in one day. The lowest prices is $290
-15 million made by 1927
-Most of the manufacturing is done in Detroit
-Introduction of the Assembly line and factories increases output
-Henry Ford wanted - "A car in every American garage" 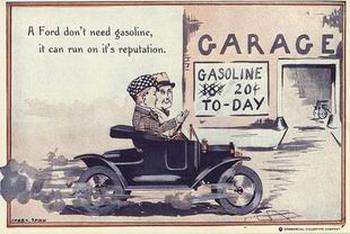 Summary
When The Ford Motor Company was introduced, it made a major impact on the production of cars as a result of using the Assembly line. This one factor alone increased jobs for the American people and it increased productivity of the Company.