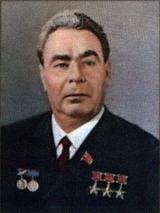 “God will not forgive us if we fail.” 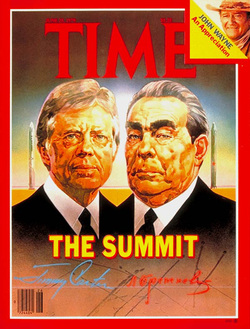 •Led Soviet Union from 1964-1982
•Many think this is a period of deterioration for USSR due to party “apparatchiks” left over from the Stalin regime wanted to return to the old status quo
•Made famous the Brezhnev doctrine:
•“It was the right and duty of fraternal socialist countries to intervene in each others affairs when socialism was threatened”
•He makes this while intervening in Czechoslovakia in 1968

Leonid Brezhnev came into power in 1964. During his reign, he developed such things as the Brezhnev doctrine which allowed socialist countries to intervene in each others affairs.