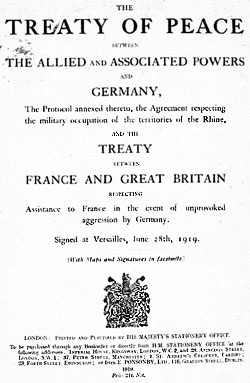 -Treaty of Sevres (Turkey)
*Turkey lost control of the Black Sea
Summary: A variety of treaties were made with lesser nations with the goal of stopping them from forming an alliance with Germany again. The treaties forced them to disarm their armies and also took away some of their land.