"It's not mad! Mutual Assured Destruction is the foundation of deterrence." 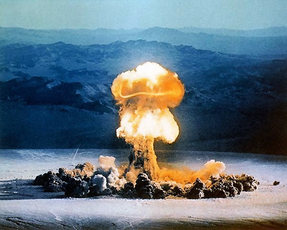 As the testing of nuclear weapons was continually growing, Mutually Assured Destruction became more of an issue. As a result we saw the introduction of the test ban policy and the Dente policy.