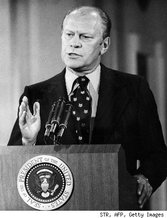 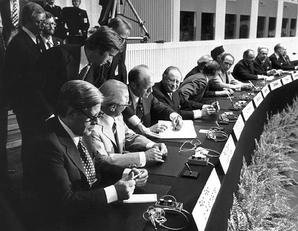 •USA, USSR, France, UK and 31 other countries met in 1975 in Finland
•Agreed to:
•Accept European frontiers (Diplomatic victory for USSR and relieved tensions in Eastern Europe)
•To Respect human rights (in particular the USSR)
•To make easier the movement of people across borders

In 1975, 35 countries met in Finland for the Helsinki Accords. It was here where the USSR received a large diplomatic victory and tension was relieved throughout Eastern Europe.